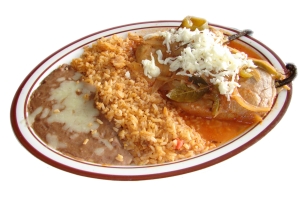 Preheat the oven's broiler and set the oven rack at about 6 inches from the heat source. Line a baking sheet with aluminum foil. Place peppers onto the prepared baking sheet, and cook under the preheated broiler until the skin of the peppers has blackened and blistered, about 10 minutes. Turn the peppers often to blacken all sides. Place the blackened peppers into a bowl, and tightly seal with plastic wrap. Allow the peppers to steam as they cool, about 15 minutes. Rinse cooled peppers under cold water to peel off the skins, and cut a slit along the long side of each pepper to remove the seeds and core. Rinse the peppers inside and out, and pat dry with paper towels. Stuff the peppers with strips of the cheese. Whisk the egg yolks in a bowl with the baking powder. In a second metal bowl, beat the egg whites with an electric mixer until the whites form stiff peaks. Gently fold the beaten egg whites into the yolk mixture. Place flour into a shallow bowl. Heat the vegetable shortening in a skillet over medium heat. Roll each stuffed pepper in flour, tap off excess flour, and dip the peppers into the egg mixture to coat both sides. Gently lay the coated peppers into the hot shortening. Fry peppers until lightly golden brown and the cheese has melted, about 5 minutes per side. 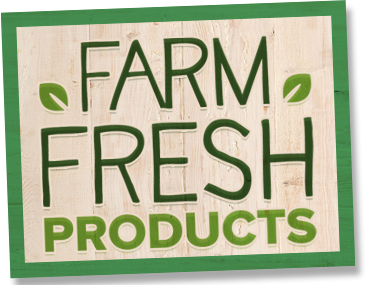 The fruits and vegetables at Las Montañas are ‘Farm Fresh’!